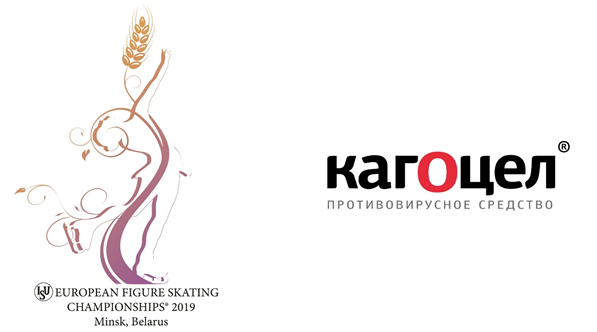 From January 21 to January 27, 2019, the city of Minsk will be hosting one of the largest sporting events of this winter – the ISU European Figure Skating Championships® 2019. More than 100 strongest skaters of Europe will demonstrate their skills on the ice of Minsk-Arena.

Sport is an important component of a healthy lifestyle, of which Kagocel is a part. In the course of its presence in the pharmaceutical market Kagocel has gained recognition among consumers and professionals and has established itself as an effective and safe antiviral drug that can be used for the prevention and treatment of influenza and SARS.

At the ISU European Figure Skating Championships® 2019 in Minsk, the athletes will compete for medals in four categories: ladies single skating, men single skating, sports pair skating and ice dancing. Those who wish will be able to attend open training sessions, which will be held on January 21-22. The antiviral drug Kagocel, for its part, will support athletes and protect against influenza and SARS.

Kagocel is an original antiviral drug developed by Russian scientists for the treatment and prevention of influenza and SARS in adults and children from the age of three.

The ISU European Figure Skating Championships® 2019 is the 111th competition among skaters of European countries. The competition is held under the auspices of the International Skating Union (ISU).